Lay Down Your Pride (Part 1)

Posted on January 7, 2019 by carlsimmonslive

Now that we know who we are in Christ and have our heads on straight, now we can begin to deal with the process of laying down our sin. We’ll explore this more broadly in the weeks to come, but today let’s start with one sin in particular, and arguably the most basic: Pride.

Every act of pride is an act of rebellion. We’re not talking about taking pride in your work or being proud of your kids—we’re talking about the kind of pride that says, “This is mine and only mine. I am right. I, and I alone, deserve this.”

Or it might fly the other way: We might be so filled with self-hatred that we say to God, “You can’t help me. You can’t love me. No-one can. I am alone and I will stay that way. Because at least that’s mine.”

Now, most of us don’t actually talk this way—we don’t want to seem proud, after all—but think about your last angry or bitter reaction, whether anyone saw it or not. How does it stack up against our thoughts above? How did you say or think it?

For that matter, think about why we shy away from discussions on religion or politics—or, bully our way right through. Because our way, our beliefs, are threatened. God, however, is not threatened or intimidated. God can take care of himself—and us. But we must lay down our pride and let him.

But be doers of the word, and not hearers only, deceiving yourselves. For if anyone is a hearer of the word and not a doer, he is like a man who looks intently at his natural face in a mirror. For he looks at himself and goes away and at once forgets what he was like (James 1:22–24). 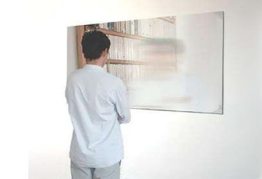 Over the previous couple weeks, we looked at laying down our thought lives—how to be transformed by the renewing of our minds. Probably all of us have experienced an a-ha moment, when God revealed something brand new to us. Honestly, it’s a pretty . . . well, head-y feeling when the Spirit helps us see God’s will in a new way, whether it’s through the Word, circumstances, or when you’re just sitting there and this revelation suddenly . . . hits you.

However, here’s what we often forget in that moment: Insight is just that. It’s insight. At the point we receive it, that’s all it is. It’s a good thing, but it’s a comparatively small thing unless we put it into action. We have an epiphany; we’re inspired by a book or someone’s personal story; we’re moved to tears by a thought—but that’s only a beginning. It’s a seed of something bigger, not the bigger thing itself. What we do with that seed is what matters.

If we do nothing, the moment passes. Nothing changes. That’s one possibility, and we do it often enough. It’s a shame, but it could be worse. For instance….

If we share about this incredible thing God’s shown us and then do nothing with it, we’re like our James 1 “man in the mirror.” We’re actually worse than when we started—because we’ve taken a gift from God and made it about us. We’ve probably primped in that mirror more than a few times; maybe we’ve even flexed our muscles to prove to ourselves what powerful spiritual warriors we are. We’re kidding no one, especially God.

Yet, because God has allowed us this experience, we’ve allowed ourselves to feel superior about it. If we’re not brought to a place of humility and response, we actually allow something given to us by God to be used by the enemy instead. That thought should stop us in our tracks and ask forgiveness right now.

In fact, if that’s where you’re at, stop right now and deal with it. We’ll pick this back up next week; I’ll be here. Getting right with God is more important. . . .

See the About Me page, if you want to know more about ME. Otherwise, hopefully you'll know more about Jesus and some of his followers by reading here. And thanks for stopping by.
View all posts by carlsimmonslive →
This entry was posted in Uncategorized and tagged lay it down, pride, repentance. Bookmark the permalink.

3 Responses to Lay Down Your Pride (Part 1)