Songs Made for When You Begin Again

Posted on November 26, 2012 by carlsimmonslive

To paraphrase the immortal words of John Mendelsohn: I am annoyingly partial to Bill Mallonee—both the man and the music. If you’d like more exposition on how much, go here; otherwise I’m going to stick more to the new music this time out. 🙂 (And I apologize in advance for repeatedly reinventing the English language below; Bill reviews are too much fun for the likes of me, and a welcome break from the usual seriousness of this blog.)

Last year gave us the return of Studio Bill after five years, and The Power and the Glory was worth the wait. This new’un continues that creative resurgence (although you could well argue that since the guy’s been putting out roughly 2-3 hours’ worth of new music every year for nearly a decade, he never really un-surged), as well as a lot of the themes of TP&TG. The Neil Youngisms are still intact here (although there’s nothing as stompin’ as “The Ghosts That I Run With” this time out); however, the Byrdsiness and/or GramParsonisms are noticeably more ramped up this time out (I know, none of them live all that far down the street from each other, but there is a difference). And this one has a more live feel in general, FWIW.

More importantly, the sense of rebirth that especially marked the closing songs of TP&TG are now front and center on this one—in the words of the man hisself, this is about “getting reborn again, in the finest of places.” And trust me, that’s as relevant to me as it it’s been to him these days. 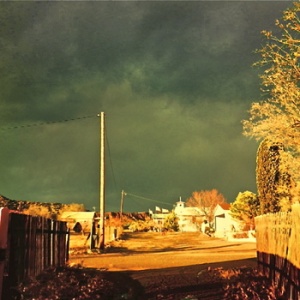 That all said: I have to admit, this album has been a bit of a “grower” for me. The first few listens, it came out of the gate strong, especially with the few little musical tweaks that make a big difference in each of the first few songs, but then I had a hard time staying in the flow. But that’s all been remedied, and now I can help you, too. 🙂

But let’s get to those opening tunes and tweaks: The title song is all about rebeginnings (and in fact supplies the lyric that graces today’s header). It also starts off as one of the Neilier songs here, but then takes a decidedly different chord turn on the chorus that makes you sit up and take notice. The guitars ramp up minor-chordedly even further on “To the Nines,” and  some driving harmonica and a decent guitar solo are thrown in for good measure; and the equally driving but more upbeat “One Kiss at a Time” includes a moog, for crying out loud. Put together, Bill’s definitely sounding reinvigorated here from the get-go.

But “Faith (Comes Soaked in Gasoline)” was the linchpin that finally got me into that flow of the rest of this album, what with its Grapes-of-Wrathlike simultaneously sense of loss and rebeginning:

they say the Savior had nowhere to lay his head
and pretty soon neither shall we
one thing about faith you can be sure of
well, it comes—soaked in gasoline

There’s also a few songs here that could almost be called ambient folk—not in the more recent “War-on-Drugs/McGuinn-headbutts-Eno” sense of the term, but in that they’re songs that’re so still that they kind of take you into their own little world. The first, and arguably best, of those is “Long Since Gone,” replete with yet more loss and yet more beginning: and they all say one thing / back on the hill / it ain’t come back yet / maybe it never will…. / when you’ve got nothing to trade on / you’ve nothing left to lose.”

“Pillow of Stars (Fate and Sad Reversals),” then, comes as a (folk-)rocking benediction, complete with a chorus that works for both old Reformed Bill and more recent universalist Bill:

Baby, when you love you find out who you are;
Wherever you lay your head, may there be a pillow of stars.
And though fate and sad reversals slow your journey home
I know you’ll get there, ’cause that deal was done
a long, long time ago.

Extra points also for the lyric: “I dunno why I speak these words / to break my own heart.”

“It Was Always Autumn in My Heart,” while an apt metaphor, is the one misfire for me here. It just feels rushed and ungelled, especially in the opening couple verses. Fortunately, things rebound quickly with “Once Your Heart Gets Broken (It Just Keeps on Breaking).” Loved it on the Kerouac compilation Ti Jean; love it now (although I think I still prefer it in the original key; go follow the link and compare for yourself, and then buy that one too while y’r at it):

One thing they don’t tell you, ’cause we’re so good at fakin’;
once your heart gets broken, kid, it just keeps on breaking.

“Yeah Yeah Yeah (Faith Like a Butterfly’s Wings)” leads in with one of those ambient-folk intros (which reprises later on), then switches into a melody/tempo not totally unlike that VoL standard “Solar System.” The early WPA tune “A Break in the Clouds,” on the other hand, is probably the loudest thing and most Youngian thing here—certainly the feedbackiest, and a welcome shot of adrenalin: “now what I found out about the truth is she usually don’t get heard / and what I think about Love is she always gets the last word / on the streets of this God-forsaken town…. she’s such a lonely girl/ kinda a dust pearl / here is your other world / and a break in the clouds.”

“What You Take (And What You Leave Behind)” gets its Rickenbackers on, and I’m thinking it might be the “sleeper” song on this album. Plus it uses the word “oblique” in a song; I’m the only other person I know who’s ever done that. 🙂 “Walking Disaster,” which follows, would be the most VOLish thing here. (Which I suppose, is still saying it sounds like the Byrds with a deathwish. :)) “And the river of love she still rolls on, long time after the well has run dry.” Perfect.

The closer, “Into God Knows What,” takes us back into gentle ambiance, and adds a bit more elegiac feel for good measure: “let me go down easy, when the box gets shut / let me go down easy, into God knows what.” Nice job, too, on the strings that softly push their way in near the end.

And so there we are. And if you got this far, you know what needs to be done next. Make it happen.

See the About Me page, if you want to know more about ME. Otherwise, hopefully you'll know more about Jesus and some of his followers by reading here. And thanks for stopping by.
View all posts by carlsimmonslive →
This entry was posted in Uncategorized and tagged bill mallonee, music review, vigilantes of love. Bookmark the permalink.

3 Responses to Songs Made for When You Begin Again