More Cries from the Desert

Posted on September 6, 2014 by carlsimmonslive

win·now
1. remove (chaff) from grain
2. literary: (of the wind) blow. “the autumn wind winnowing its way through the grass”

“Now faith is the assurance of things hoped for, the conviction of things not seen” (Hebrews 11:1 ESV).

Weariness at the outset; elegy at the end; hope-on-wry in the middle; and loss, dignity, tattered faith, and Rickenbackers from end to end. Yep kids, it’s another Bill Mallonee album. 🙂 And no-one else’s. Which is what, time and time again, makes it so stinking necessary. 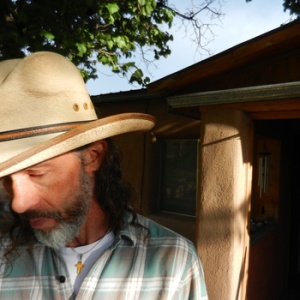 To be clear, and even in relation to recent releases such as The Power and the Glory and Amber Waves, this is an album you’ll need to slow yourself down for. But as you do—and especially if you’re a lyrics guy like me—things’ll begin to pop up and slap you on a regular basis. Which is just as it should be. So let’s get on with this, and remind you why you should join the few, the rabid, the Bill Mallonee fans….

For the acoustic opener “Dover Beach” (and a couple other places here), Bill drops into his “ladies and gentlemen” voice (if you see him live, you’ll understand). It’s a desert song, but not just about the physical deserts of New Mexico he now resides in:

every conviction that i lived by, every truth that i was taught
every sermon that i heard; well, it was all for naught
i was always pretty bad at carryin’ my cross
out in the cold….

No, i am not a scoffer withholding his thanks
my purse? It may be empty, but my heart overflowed its banks
heard a different melody swelling from ragged angelic ranks
out in the cold

Was that your voice cascading through all that is unseen?
I sorted through the implications, till i don’t know what it means
Caught between a heart that’s all at once both holy & obscene
out in the cold

From the doors that never opened by prayer or skeleton key
aren’t our feet are only searching for a home we’ve never seen?
I have glimpsed it once or twice, but it could have been a dream
out in the cold

To have travel for these many years knocked on many doors
i got tired of tryin’ to bend an ear; i got tired of keepin’ score
sometimes a son of heaven; but a son of hell even more
out in the cold

We’ve all been there, and while I wish (on a personal level) Bill didn’t have to walk this stuff out so regularly I’m glad he’s there to meet us when it’s our turn. Likewise, “Those Locust Years” returns to a old theme (see Slow Dark Train—and then buy it and treasure it as much as I have): “And the locust years / are coming to your town /  they don’t ask an invite / they just roll on in / locust years / living under your skin.”

“Old Beat-Up Ford” and especially “Got Some Explaining to Do (Gotta Give the Devil His Due)” start to crank up the amps, even as Bill wanders into socio-political territory:

the whole nation is weeping
how much longer can it last?
goodwill & trust are thing
of the past…

And yet there’s a bit of playfulness in the verse “now, i don’t buy the right records / but i know just what i like / and if you’re high & lonesome / i know what’ll get you through the night.” Whereas “Dew Drop Inn” brings the wry: “Spring of Hope /  summer of Love /  It ain’t never without a Fall / some dreams get born / most get beaten’ out / some folks forget how to dream at all.”

“Blame It on the Desert (Whispering),” might be my favorite here, as 1) it’s no doubt the most upbeat thing here, and 2) there’s a colliding of loss and hope that’s quintessential Bill: “what the mystic knows / what the Good Book does proclaim / you only ever own
what you give away /  blame it on the spirit / blame it on the wine, but then again /
blame it on the desert… whisperin’.” (By the way, no matter which format you go for, definitely snag the acoustic + piano demo version of this song that comes with the download version of this album. Just sayin’.)

Between its title and subtitle, “In the New Dark Age (The Only Lamp Burning Bright Is You)” is almost self-explanatory, and yet it’s a bit more expansive musically than the rest of the album, no doubt due to the Mellotron going on here, and the extended string coda is an especially nice touch. Also, big-time props for the line: “We’re all mystics & freaks / With the spirit beneath.”

As we near the end, Bill especially gets his Byrds on for “Hall of Mirrors / Room Full of Woes.” But for the “official” closer, “Now You Know,” wife Muriah Rose’s piano comes to the fore, as Bill brings the elegy hard. This one is becoming a big-time grower for me, and gets just a little sadder every time I hear it:

Both versions have their bonus songs. Both CD and download include “Tap Your Heart on the Shoulder (& See If She’s Still Awake).” And then there’s the download-only “Comes Tumbling Down,” which again comes heavy on the wry (self-pity?) with its closing verse: “‘honey, we’re all resplendent’ / said some folk-singer that i knew*** / use to hang on his words / maybe, i still do / i wonder how he’s doing / but he’s nowhere to be found.” [*** And if you don’t know what he’s talking about, yeesh, take care of that, people.]

We’ve all had our desert periods (and Lord knows we’ve had ours the last few years). Especially if you’re there now, Winnowing serves a late-night soundtrack. And even if not, buy it now and thank me later.

See the About Me page, if you want to know more about ME. Otherwise, hopefully you'll know more about Jesus and some of his followers by reading here. And thanks for stopping by.
View all posts by carlsimmonslive →
This entry was posted in Uncategorized and tagged bill mallonee, desert years, music review, The Power and the Glory. Bookmark the permalink.

2 Responses to More Cries from the Desert